... Kobe Bryant announced he wanted a trade, after the Lakers had been knocked out of the playoffs 4-1 by the Phoenix Suns.

One year ago today, Pau Gasol was watching the playoffs from home: the Memphis Grizzlies had won 22 games and missed the playoffs.

One year ago today, Kevin Garnett was watching the playoffs from home: the Timberwolves won 32 games and missed the playoffs.

One year ago today, Ray Allen was watching the playoffs from home: the Supersonics won 31 games and missed the playoffs.

One year ago today, Doc Rivers and Paul Pierce were watching the playoffs from home: the Boston Celtics won 24 games and missed the playoffs.

The NBA Finals start on Thursday with the Lakers and Celtics going head to head for the eleventh time.

Since Pau Gasol arrived, the Lakers are 34 and 7, in games where Gasol plays the entire game. (I refuse to count the loss where Gasol went down at the minute-thirty mark.) That's 34 and 7 across the tightest pennant race in NBA history, and then the playoffs. The Lakers are 12-3 in the playoffs -- having played three 50+ win teams.

It's been 21 years since the Lakers and Celtics last played together in the NBA Finals. Magic Johnson was the MVP that year. Chuck Person, long retired, was rookie of the year. The All-NBA First Team was Larry Bird, Kevin McHale, Hakeem Olajuwan, Michael Jordan, and Magic Johnson.

Since the last time the Lakers played the Celtics I've ended one marriage, started and ended another, and then finally married the woman I was always supposed to be married to, Amy Stout. Since that time, all five of my children were born and the oldest is going to college next year.

On Thursday we get to go again. I doubt my sons will ever hate Boston the way I do ... but it's nice to think they'll have a shot at it.

In my pilot All Possible Worlds there's a scene where the middle-aged Samuel Goodnight talks to his younger self:

YOUNG SAM
Do the Lakers ever beat the Celtics?

YOUNG SAM
Excellent.
Not any more, they don't. 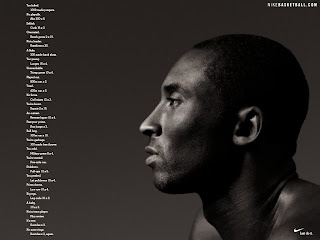 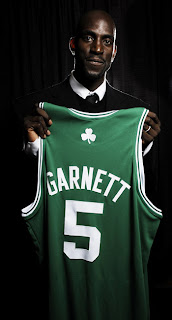 And a year from now, they'll be saying, "And these finals, shoot, they're nothing like the blowout last year. That series was so ugly it'd make a steam locomotive turn down a dirt road ..."

I had to get my Southern translator to explain that one to me, but I believe you imply that this may not be the classic Finals everyone anticipates. I hope you are wrong, but I must add that, if it turns out that you are correct, so long as the Lakers are the victors, I for one will not complain loudly.