Good. About a month back I said to a few people that if Michael Jackson would just die, I could listen to his music again ...
Posted by Daniel Keys Moran at 2:57 PM 11 comments:

One of the great movies you never heard of.

Sidekick: Why don’t you stay in the hotel?
Rex: I never stay in town.
Sidekick: Oh, What’s your name anyhow?
Rex: I’m Rex O'Herlihan, the Singing Cowboy.
Sidekick: The what?

Rex: Ever faced another good guy before?
Bob Barber: Nope.
Rex: Me neither.
Bob Barber: Kinda makes you wonder what'll happen.
Rex: I figure the good guy'll win, just like always.
Bob Barber: Yeah, except we're both good guys.
Rex: Then I figure the most good good guy will win.
Bob Barber: That's how I figure, too.
Rex: Yep.

Quote, and Belated Happy Fathers Day to you all ...

It is foolish and childish, on the face of it, to affiliate ourselves with anything so insignificant and patently contrived and commercially exploitative as a professional sports team, and the amused superiority and icy scorn that the non-fan directs at the sports nut (I know this look -- I know it by heart) is understandable and almost unanswerable. Almost. What is left out of this calculation, it seems to me, is the business of caring -- caring deeply and passionately, really caring -- which is a capacity or an emotion that has almost gone out of our lives. And so it seems possible that we have come to a time when it no longer matters so much what the caring is about, how frail or foolish is the object of that concern, as long as the feeling itself can be saved. Naivete -- the infantile and ignoble joy that sends a grown man or woman to dancing and shouting with joy in the middle of the night over the haphazardous flight of a distant ball -- seems a small price to pay for such a gift.
Roger Angell, New Yorker baseball writer, 1975

One of the best father's days ever. First time since Christmas all my kids sat down together at the same table -- that's been rare since my oldest went off to Berkeley. We spent half the day at the beach, Paradise Cove in Malibu; ran around and read books and dug holes and ate the greatest clam chowder on the west coast, plus Kobe beef ribs which are as sinful as they sound; and then the 7 of us ate 5 pounds of Alaskan King Crab for dinner, and then watched a Captain America cartoon that was pretty good before bedtime. ("Ultimate Avengers 2" -- cartoons are better than they used to be, when I was a boy.)

I'm sure many of you are relieved. :-)
Seven years since the last championship ... these are photos, taken 7 years apart, of me and the two younger boys, at the 2002 and 2009 parades. Time flies. 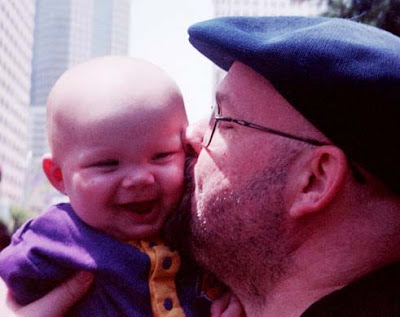 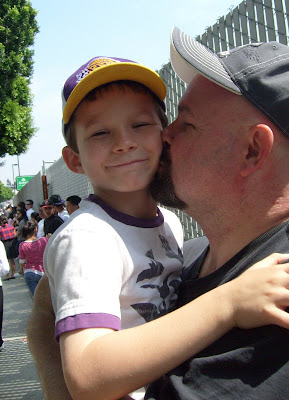 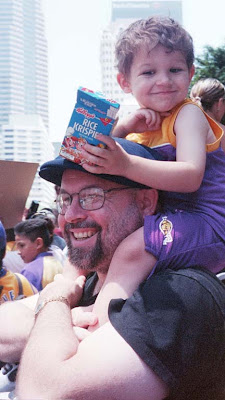 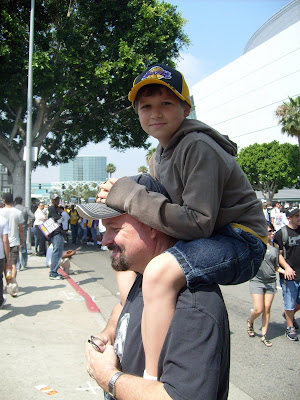 Enjoy it while it lasts. They grow up.
Posted by Daniel Keys Moran at 2:33 PM 5 comments:

Email ThisBlogThis!Share to TwitterShare to FacebookShare to Pinterest
Labels: Lakers

For the last few years years (since Duncan's last championship) I've been posting the following list various places. The top 10 players in NBA history are:

I admit, I suspect I'm being a homer at #1; it should probably be Bill Russell. But I can't bring myself to do it. If any Celtics fans out there want to rearrange the list to put Russell at the top, I'll close my eyes and look elsewhere.

The two items I get the most static for (aside from Kobe, which is going to elicit howls of outrage for the rest of time) are Jordan and Bird. Jordan's fans can't believe anyone could think he's not at the top; but I do. I was a basketball fan before he showed up, and unlike most of the younger crowd, I remember guys doing what he did before he did it. Doctor J is not just old tape to me (though I admit, Baylor is.)

Magic won 5 championships in 9 Finals trips during the most competitive era in the history of the NBA, in a career cut short by HIV. Jordan won 6 during a down era following expansion.

When Bird and Kobe both had 3 rings I had Kobe better than him; now he has four, and the only person ahead of Bird on that list with fewer championships (2, to Bird's 3) is Wilt Chamberlain, who gets in by dint of his astonishing production.

Mostly I don't bother with lists, because it's all just some schmuck's opinion. But genuinely important subjects like this one require occasional revisiting .... :-)
Posted by Daniel Keys Moran at 1:50 PM 4 comments: 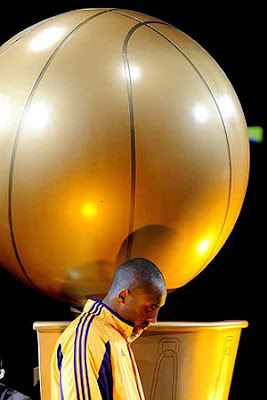 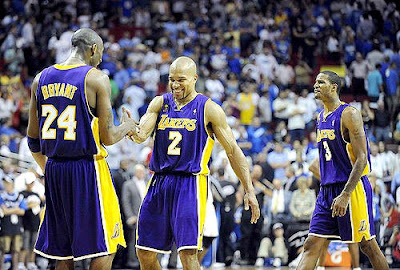 Steve Perry says there is no way the Lakers lose this series. Better him than me: if he's brought the jinx, now we know who to blame.
Magic are down 1-3. No team in NBA Finals history has come back from that, and only 8 teams in any round of the playoffs. Either we're having a parade, or history's getting made.
Me and a million of my closest friends are planning on a parade, however, so the Lakers need to close out on Sunday.
~~~~~
Court went well. The therapist recommended Alan have no further contact with Bram, which was already the position taken by Bram's court-appointed attorney. More later.
Posted by Daniel Keys Moran at 10:44 AM 9 comments:

Email ThisBlogThis!Share to TwitterShare to FacebookShare to Pinterest
Labels: Lakers, Parade On Figueroa 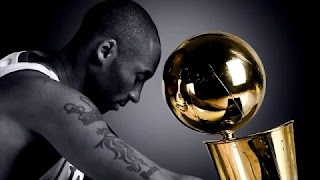