FSAnd.com, "Freeway In My Back Yard." 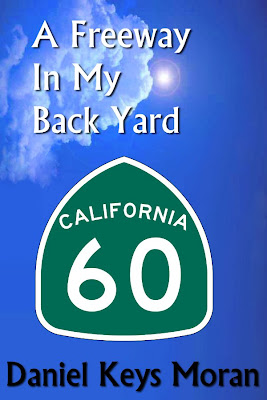 New book, new website. FSAnd.com is the website, "A Freeway In My Back Yard" is the book. First new book in over a decade, first new website in almost a decade. :-) I've been busy lately.
Works of Steve Perry are also available on the site. Drop on by.
Posted by Daniel Keys Moran at 5:44 AM

Geat news, I'll be on by to pick up the book when I get home. Congrats on the new book/site.

Done and done.Now to hope my Kindle doesn't truncate it like it does Last Dancer (reads all but last line of page, argh - can't wait for 2nd gen iPad instead).

Thanks... store interface is pleasant.

Dan, does the new site mean you're not posting on this site anymore?

Eventually, possibly. In the near future, if I have something to say, I'll say it here.

@Dann -- I'm going to be reissuing everything in mobi (kindle) and epub, going forward. Your copy of LD should get fixed when that happens.

Would you rather we bought from Amazon or FSAnd.com?

I figure that FSAnd is more money in the pocket but Amazon is a bigger audience and perhaps more possibility?

Dan, I have a friend who lives in Tulsa, OK. He and his neighborhood association were fighting city hall, trying to block expansion of a freeway that would've run adjacent to the neighborhood. They lost. He lives on the edge of the neighborhood, so he literally has a freeway in his back yard now!

So, that being said, he wants to know the origins of or how you came up with the title to your new book. A little enlightenment, please?

When I was a little boy, there was a freeway in my back yard. It's a sort of foundational memory -- I remember climbing that hill and watching cars go by.

One day I made a comment about this to my mother and she complained that in fact they'd built it while we were living in that house -- which I remembered clearly enough, but had never phrased it that way.

"When I was a little boy, they built a freeway in my back yard."

It's a great hook. I didn't have anything to go with it for a while, and then at some point I ended up writing about the interstate highway system and it all sort of fell into place -- the beauty of the freeway system, tied up with the decline of America's ability to conceive and execute bold enterprises....

That's quite interesting. Thanks. Obviously, it seems you integrated some of this into Armageddon Blues.

Also...um, are we allowed to ask about AI without getting banned?

Yes, planning on print at some point. Not immediately. One fellow printed a copy of "Freeway" from some POD service, and is sending it to me. (It's at the P.O. Box, I need to pick it up.) Curious to see how it looks.

We should have 2 of Matt Stover's novels up shortly after the first. We haven't done much last 2 weeks because of Christmas, but the new year's should see more content (some from me) and the referral engine up and running.

So, are your Tales of the continuing time stories still on hold then?
Because I'd buy them if I could. :/

Going to finish The Last Dancer tonight or tomorrow night. Any updates on AI?

Enjoyed the books very much.